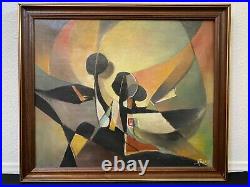 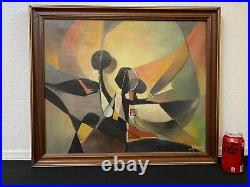 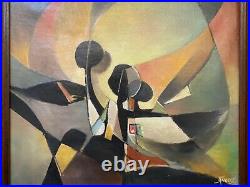 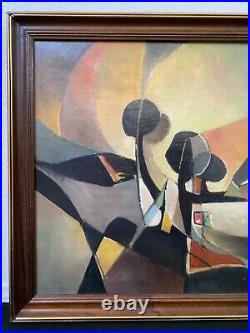 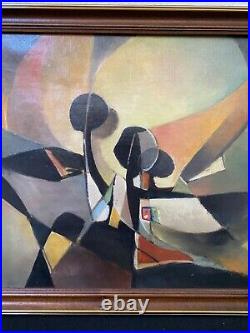 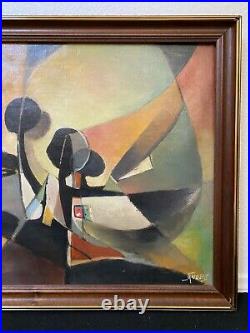 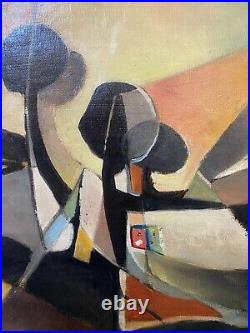 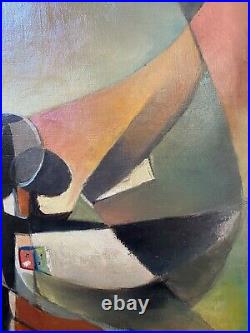 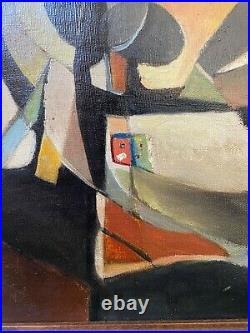 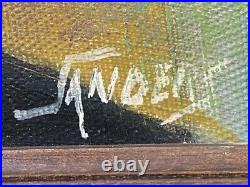 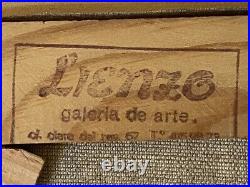 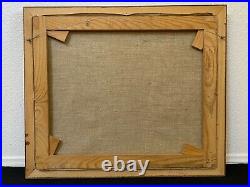 Signed: "Sanders" in the lower right corner. This work was acquired with three other Joop Sanders paintings from a deceased estate in Beverly Hills, California. Please check my other listings for more wonderful and unique artworks! Joop Sanders (Born 1921) is active/lives in New York / Netherland. Joop Sanders is known for Abstract expression.

Born in Amsterdam, Holland Joop Sanders became a part of The New York School of Abstract Expressionists in New York in the 1950s and 1960s. He came to the United States in 1939 and in 1940 enrolled in the Art Students League for six months with George Gross and in 1948, studied with Willem de Kooking in his studio. Sanders has taught at the Pratt Institute, Cooper Union, Carnegie Institute of Technology, the New York State University at New Paltz, and the University of California Berkeley. Joop Sanders (born October 6, 1921) is a Dutch-American painter, educator, and founding member of the American Abstract Expressionist group. He is the youngest member of the first generation of the New York School.

STEDELIJK MUSEUM SHOW, 1960 Catalogue Essay. It was in 1948 that I first met the advanced painters and sculptors who a decade later were to become famous as the "New York School".

And it was then that I was introduced to Joop Sanders and I was told that Joop was painting in a new style. At the time Sanders was obviously influenced by de Kooning and as it turned out this influence was the healthiest, the most open and stimulating of the moment as many of Sanders' young colleagues can testify. They went on to discover or invent some of the most original forms of the 1950's.

Shortly thereafter Sanders went to Europe where, I heard, he was establishing a growing reputation. It is these together with some older works, which this forward accompanies to Europe. The too solid flesh is resolved into leaf dew.

Water and steam circulate; there is fluid motion and haze. It is particularly appropriate that the Stedelijk Museum, which, under the enlightened leadership of Mr. Sandberg, has played such a crucial role in introducing advanced art in Europe, should have chosen for its exhibition of a younger American painter these eloquent works. It is also relevant that these ingratiating images of leaf and water (land and ocean), interpenetrating and substituting themselves one for the other, should be by an artist, who is both a native of Holland and New York.